Breaking News: Mouth and Throat Cancer can be prevented? People who drink more than 4 cups of caffeinated coffee a day could have half the risk of dying from mouth and throat cancer as people who drink coffee occasionally or not at all, says a new study from the US. Although this shouldn’t be taken as an excuse or a recommendation for everyone to drink upwards of 4 coffees a day; the findings need to be confirmed by more research.

There have been studies previously that have suggested a link between coffee drinking and reducing the risk for mouth and throat cancer, but it has been said that it may not be the caffeine in the coffee. Cancer can be prevented or slowed with the help of antioxidants, polyphenols and other compounds — all found in coffee.

The study, started in 1982, consisted of a wealth of lifestyle and health information on 968,432 men and women which included their tea and coffee consumption. None of the participants had cancer when they enrolled, but over 26 years, 868 died of mouth cancer or throat cancer.

Researchers found that those who reported drinking more than 4 cups of caffeinated coffee a day had a 49% lower risk of death from mouth and throat cancer after analyzing tea and coffee consumption in relation to deaths from these types of cancer.

The link was not affected by gender, tobacco or alcohol use. The researchers found an insignificant link with decaffeinated coffee, and none at all with tea.

However, one of the best ways to prevent mouth and throat cancer is to get screened at least once a year. Did you know Greenline Dental Centre uses the VELscope oral cancer screening system to diagnose potentially cancerous tissue? Contact us today to learn more or to book a cancer screening. 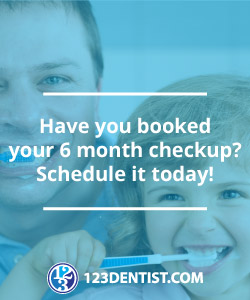